Creating Work With a Bang.

I recently had the opportunity to work with my friend John Krull, Creative Director at Shine United, photographing rifles and shotguns for O.F. Mossberg & Sons.

The process: Figuring out and designing the set took a little experimenting. First, the guns are very long — so how do you photograph them without distortion (while making them look as awesome, and accurate, in reproduction as they do in person). And second, how can you do a tabletop shoot of the rifles versus building a suspension rig.

Lighting Since the rifles would be shown in front of various background colors, I decided to backlight the rifles using a specially constructed light table. This created some rim light and also helped with outlining the rifles.

Lens selection  Experimenting with various focal length lenses — the 55mm on a SINAR P3 and eVolution 75 digital back produced a perspective that was way too extreme! Especially the shotguns, which have very long barrels to begin with. After a round tinkering with lenses and angles I decided to go with the 90mm, which worked well for all of the rifles that we needed to photograph.

Camera position Since it was important to view the guns the way in which they would ultimately be used, the camera was contorted and digital back rotated to the vertical position on the camera so we could view the images horizontally on the monitor. Once the first shot was established, the rest flowed easily — with minor adjustments to accommodate the various rifle dimensions and features.

The finished photos and graphics are pretty awesome — take a look for yourself (thank you John, and thank you Mossberg!) 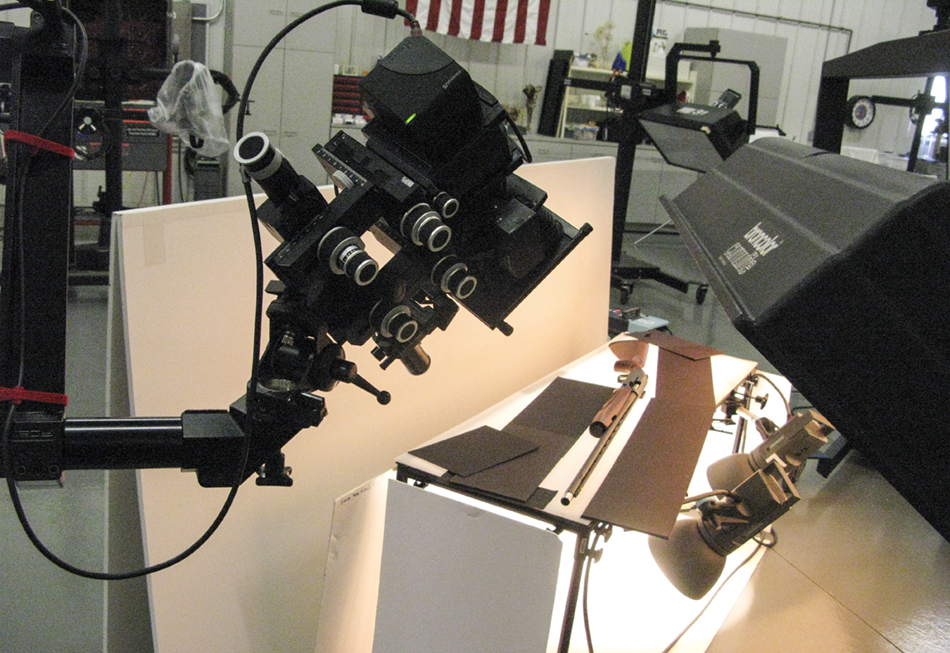 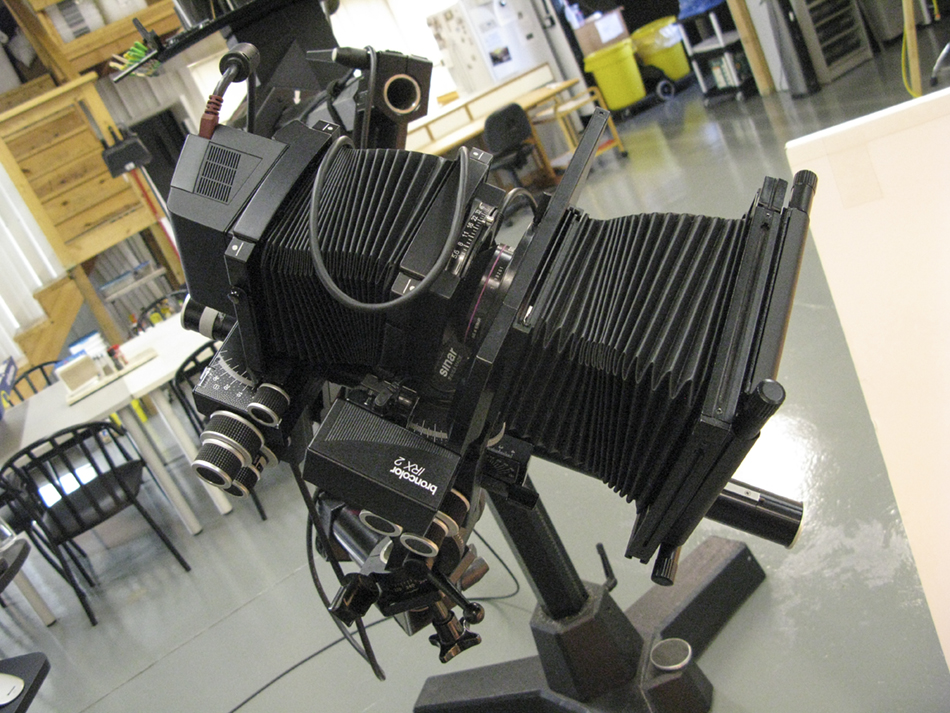 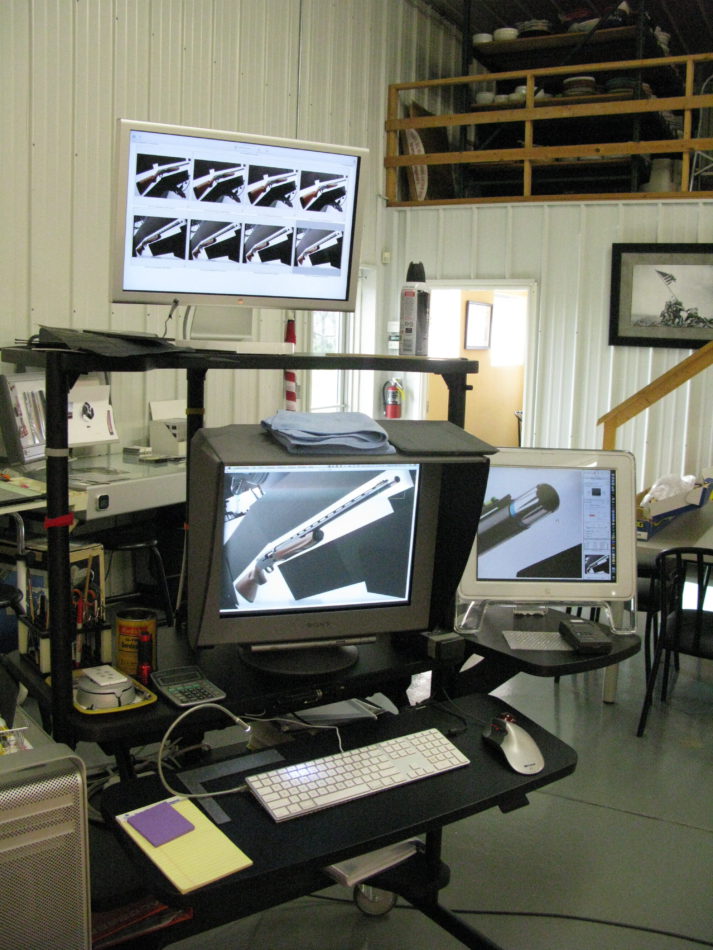 Photos of the finished photos as used for the Mossberg booth at the SHOT show this past January. 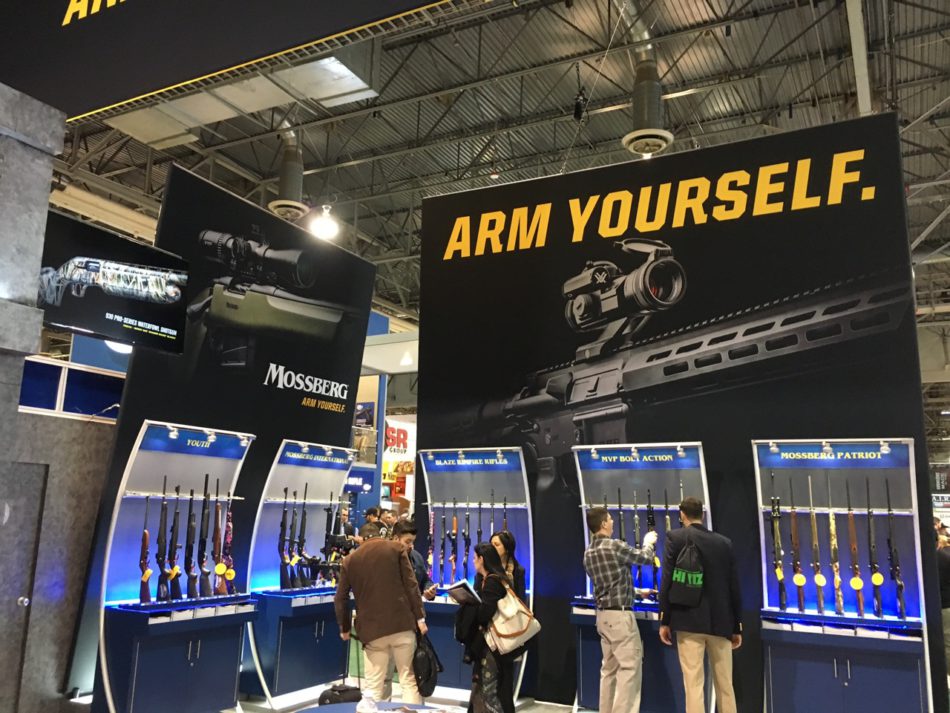 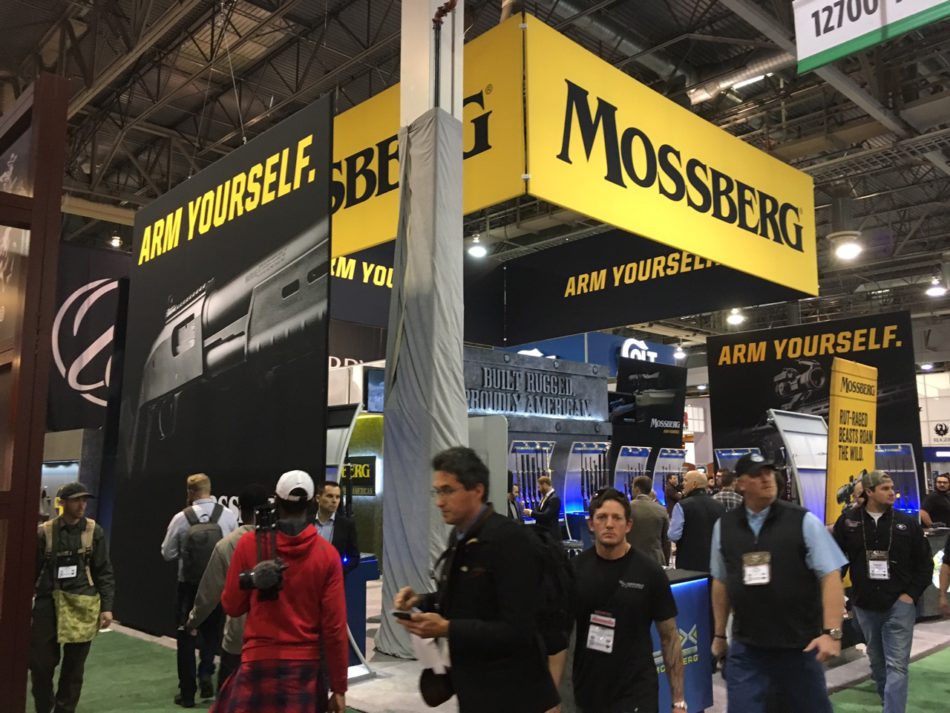 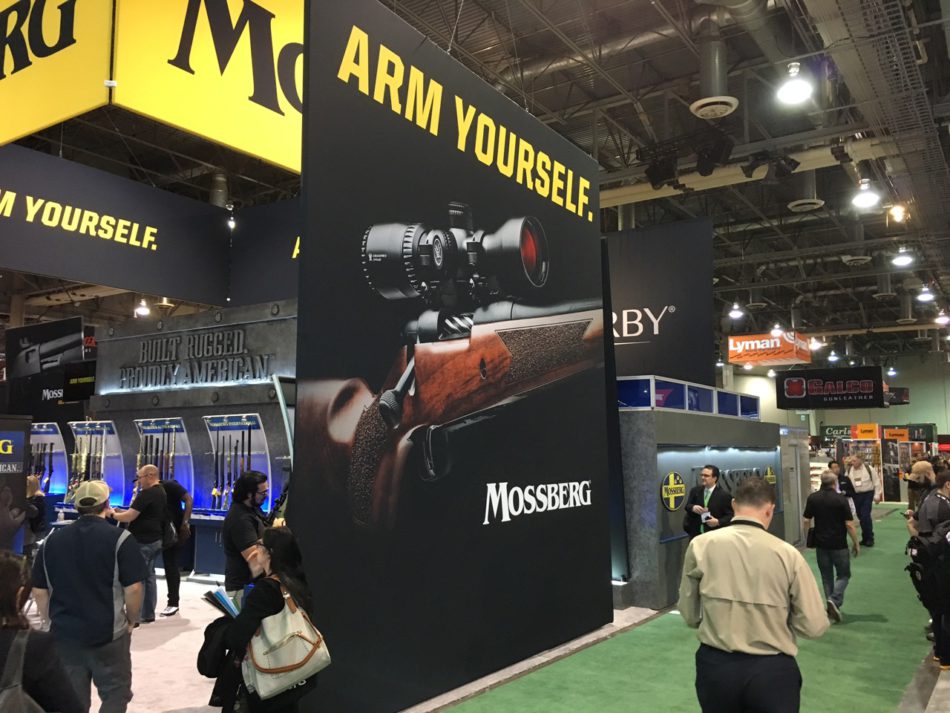 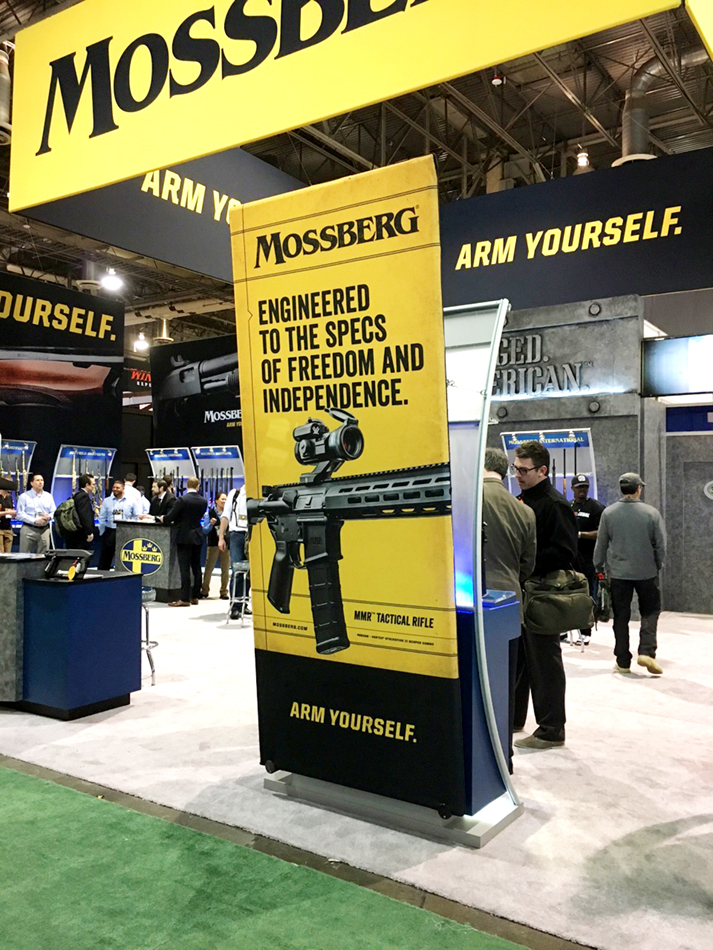 Photos as used in the ads at the SHOT Show: 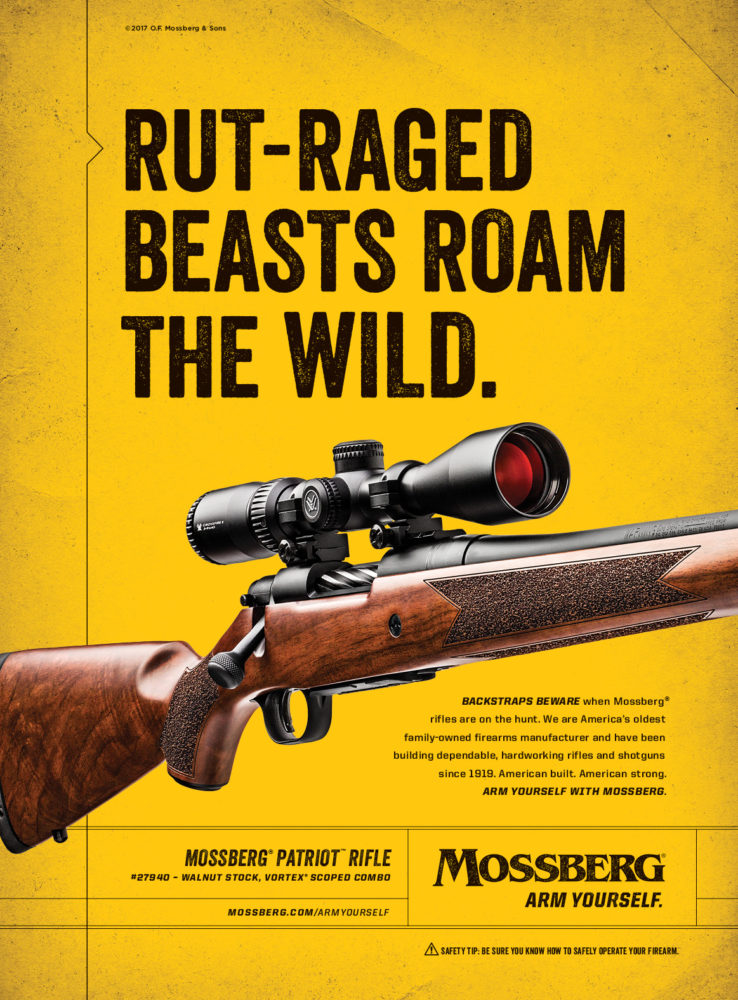 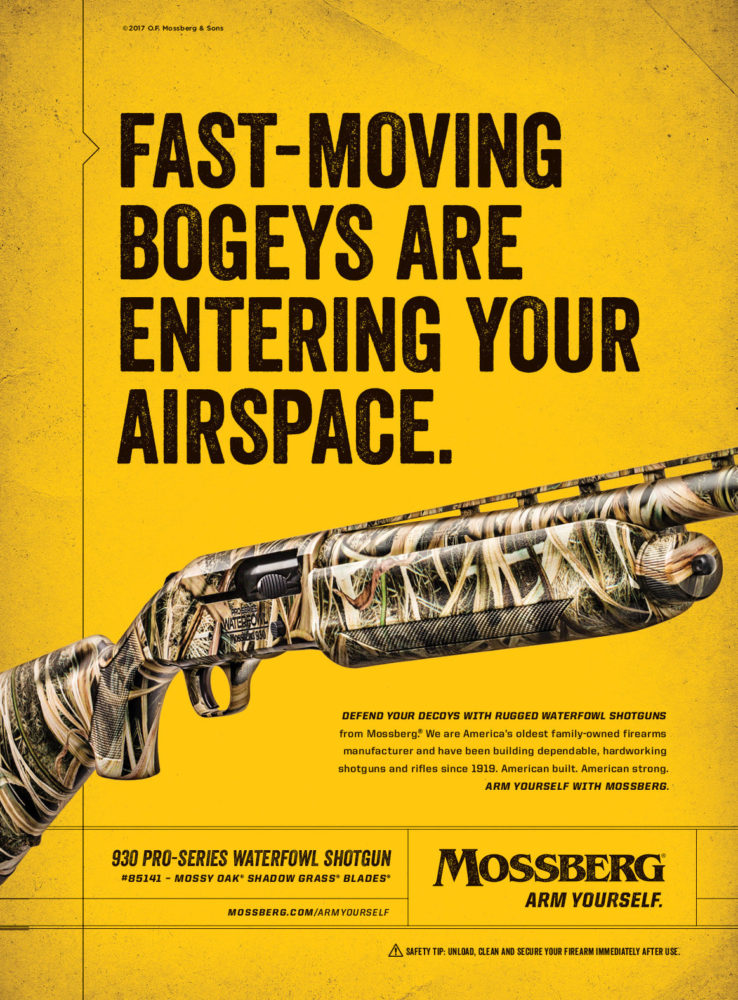 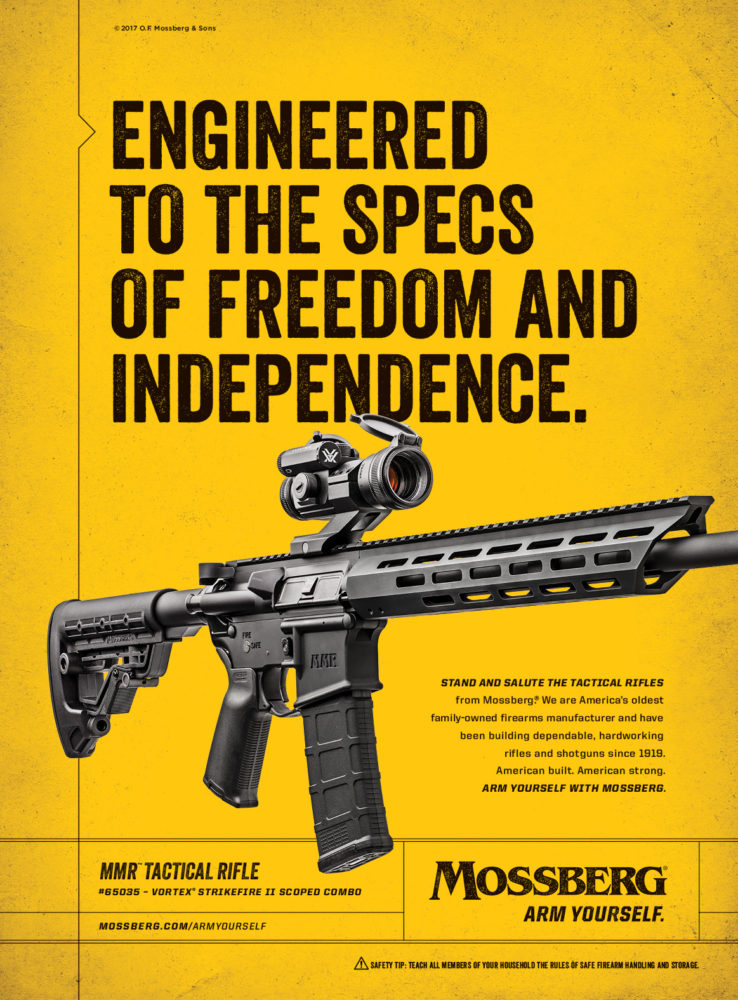 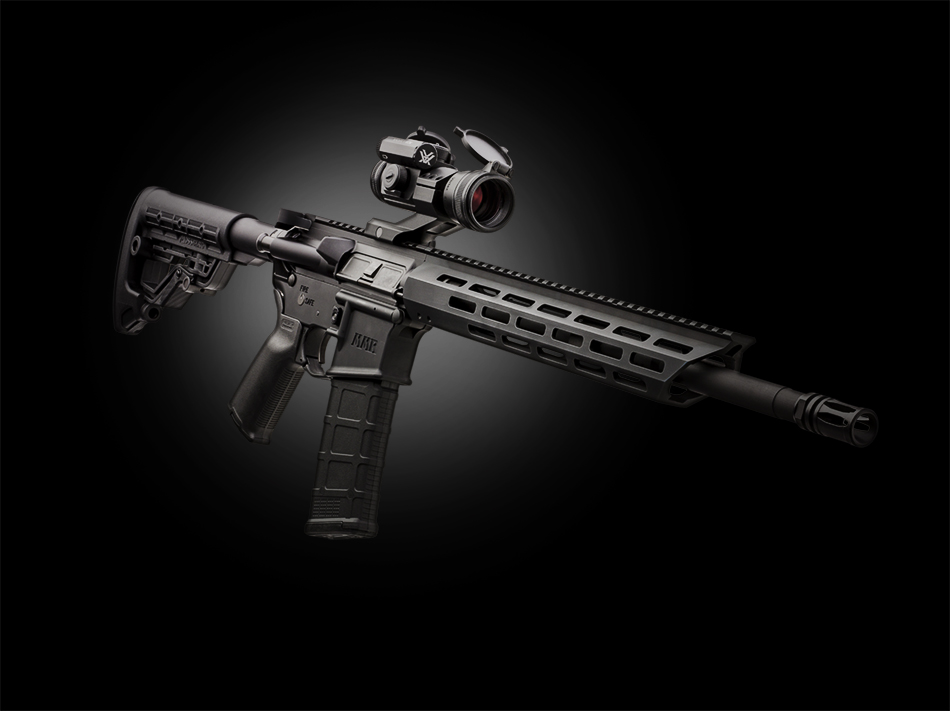 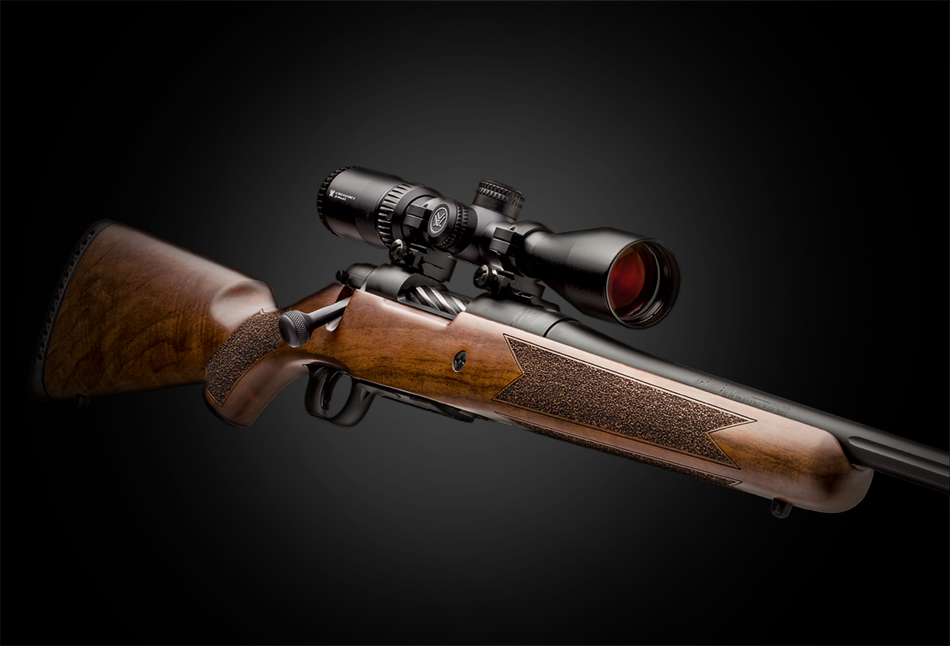