This year my friend Matt from Wisconsin Milk Marketing Board asked me to shoot the winners of the World Champion Cheese Contest sponsored by Wisconsin Cheese Makers Association downtown at the Wisconsin Center. This shoot came in the middle of the WMMB 2017 Tool Box shoot that was in full gear at my studio that week. We cut our recipe shoot short that day, packed up the gear, background and headed downtown, joined by my trusty side kick and friend Mark Derse, who helped out with lighting set up and general wrangling and positioning of the winners as they filed through our lighting gauntlet. Matt warned me that it would be a fast and furious pace as there were going to be hundreds of cheese makers to photograph and little time with each! He wasn’t kidding!! At first, the pace was manageable but soon there was a line all the way back to the awards stage. I had only time to make one capture of each subject, waited for it to pop up on the computer screen, do a quick glance to be sure eyes were open and nothing weird going on, then on to the next! This went on for several hours straight without a break. Everyone was patient and cooperative and just plain having a good time especially as the night wore on and the cocktails kept coming!

A few of the more fun examples from that night! 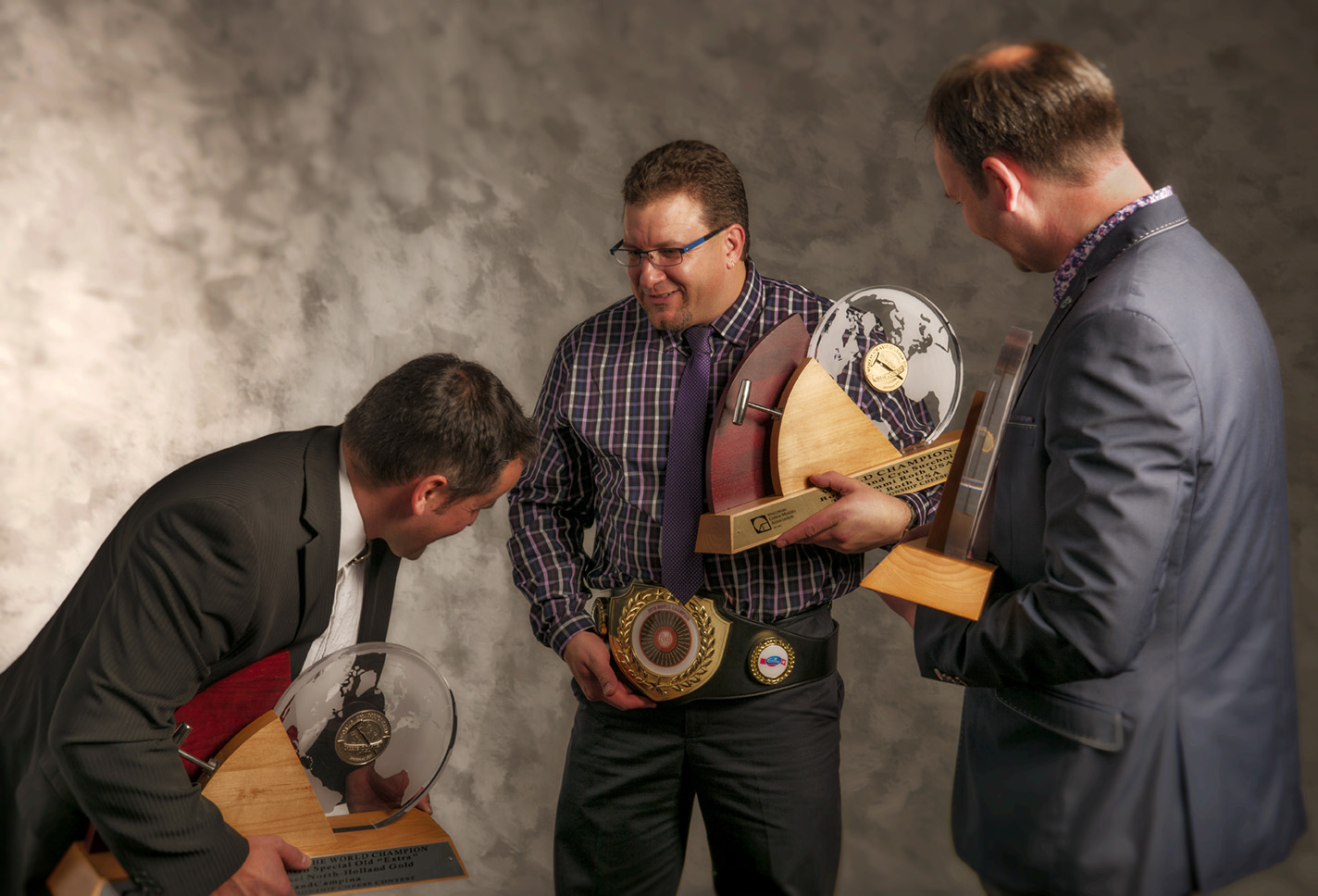 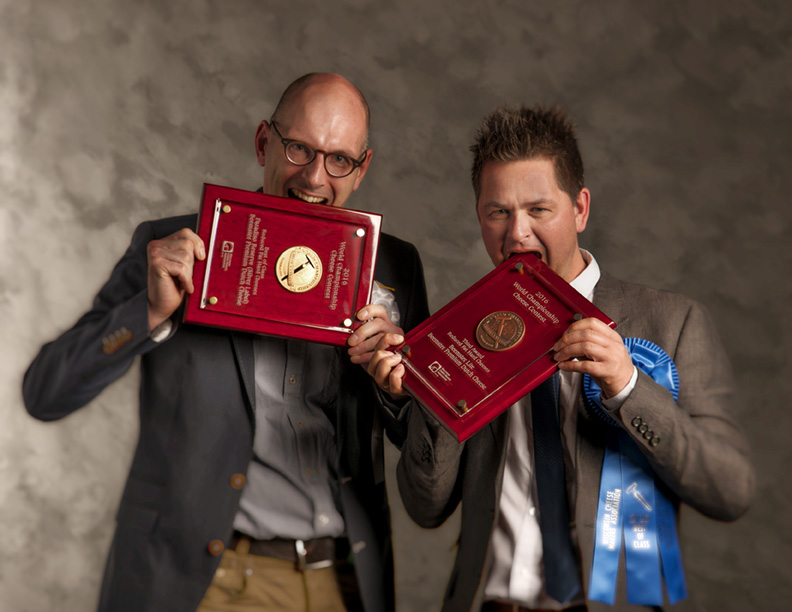 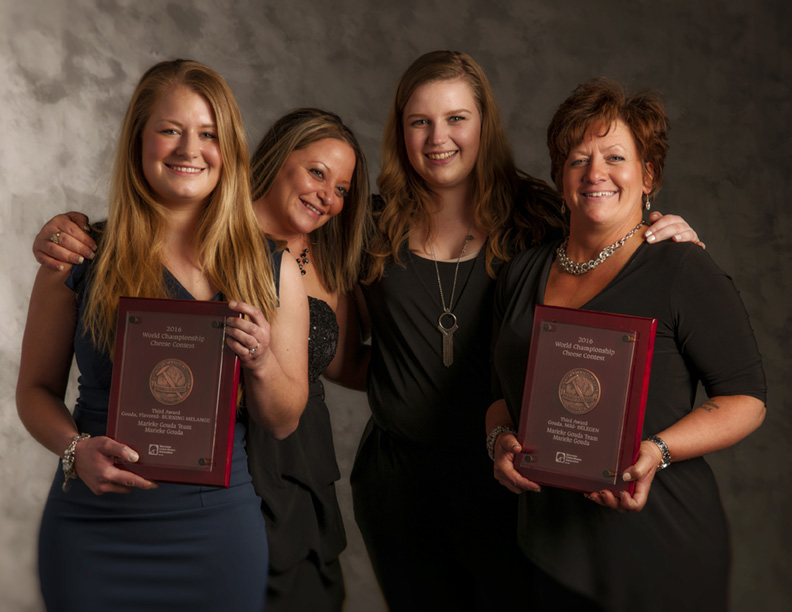 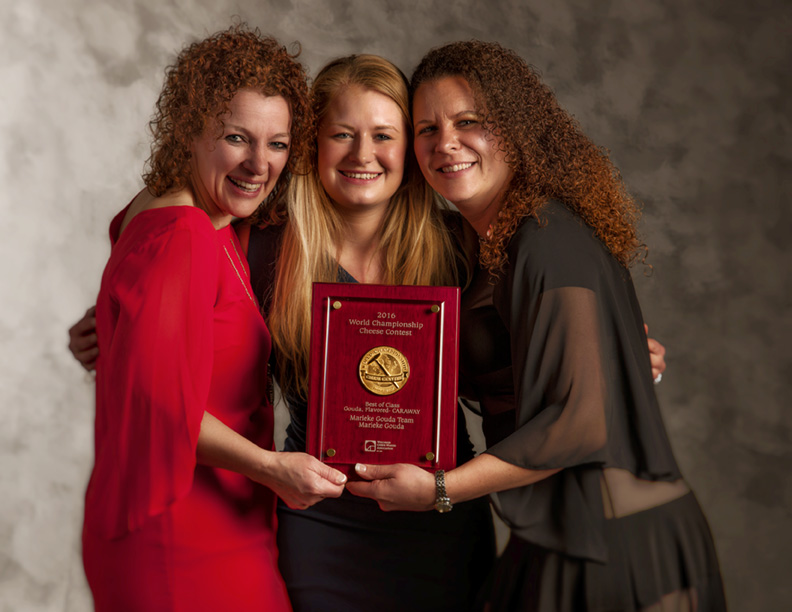 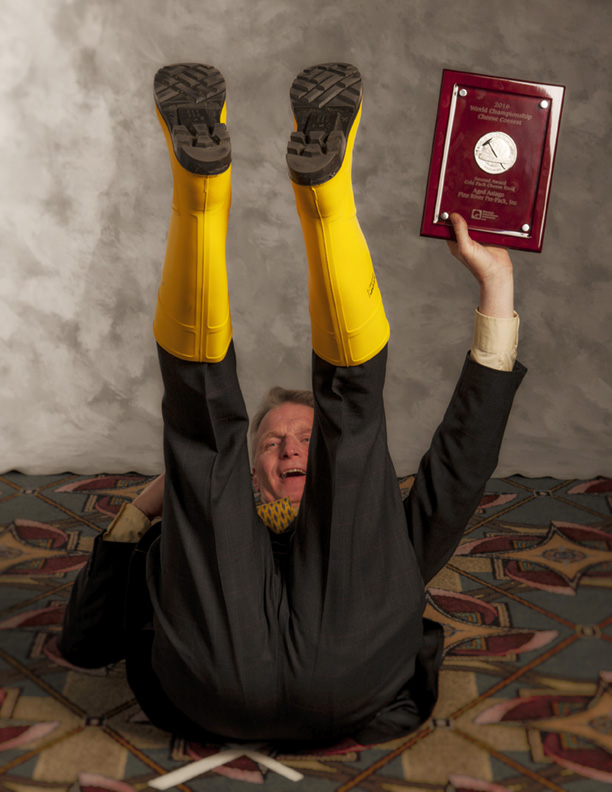 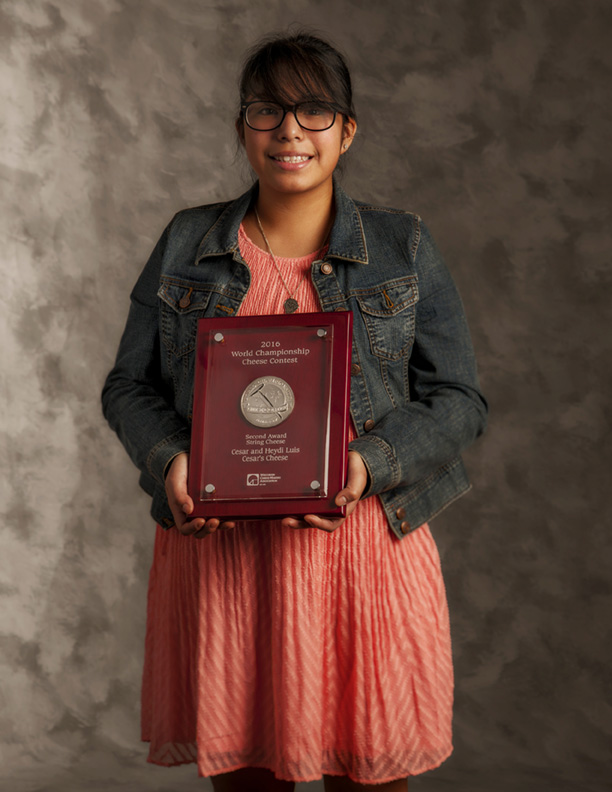 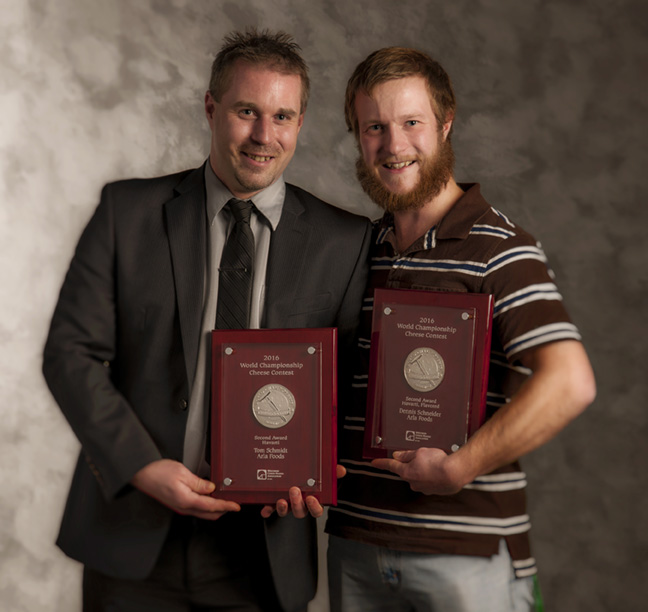 Towards the end the big groups started to come into our rather small set and the background I brought which I thought would be big enough for small groups quickly was overwhelmed by the sizes of the final groups. What to do??? Mark and I decided that we’d just make the set the background and if it was too small so be it! As it turned out, those final shots were some of most interesting! 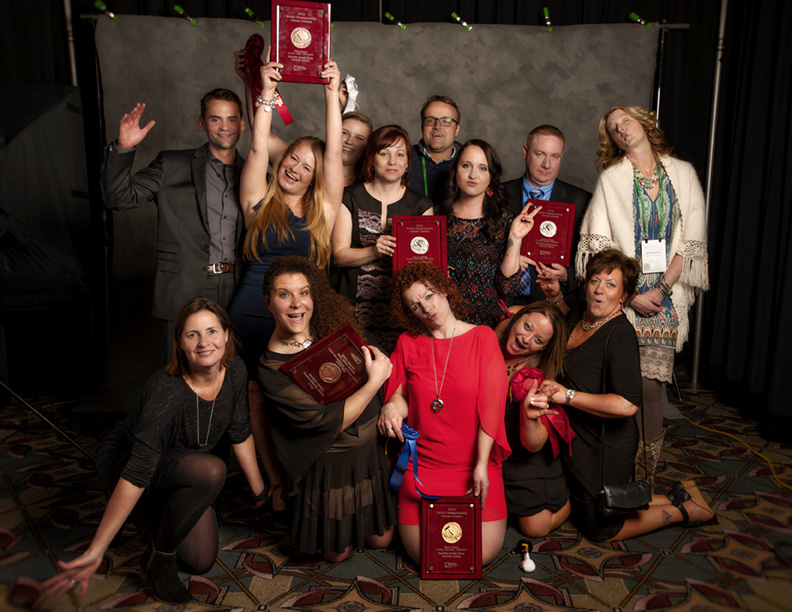 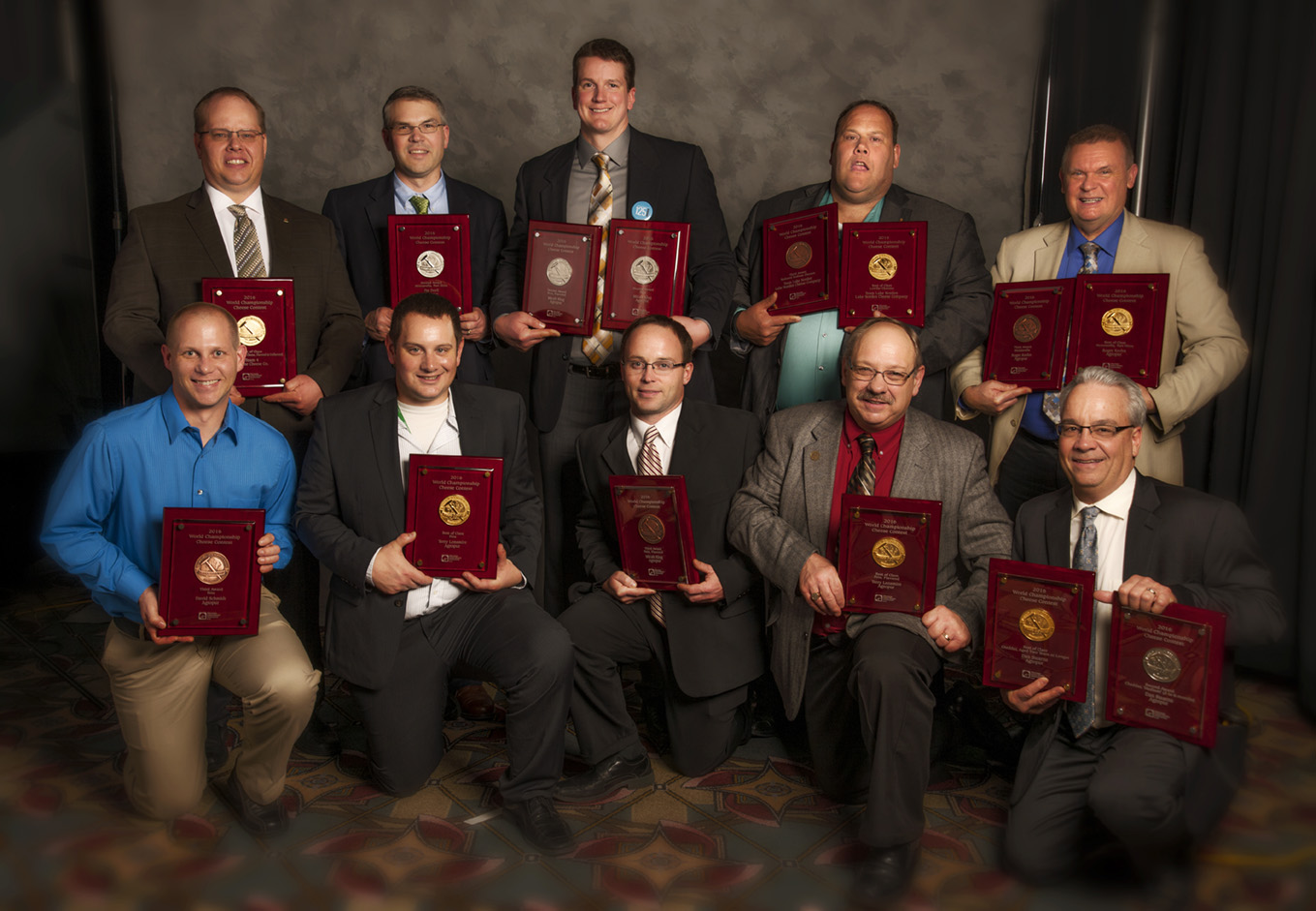 Also that night Steve Stettler, Master Cheese Maker from Decatur Dairy located in Brodhead, Wisconsin received a special honor, he became the 84th Life Member Honoree!!! I met Steve a year or so back when we photographed him at his cheese plant as one of last years Masters recipients. Nice guy and friend to all the cheese makers that were there that night! I think I captured that great personality in these shots! 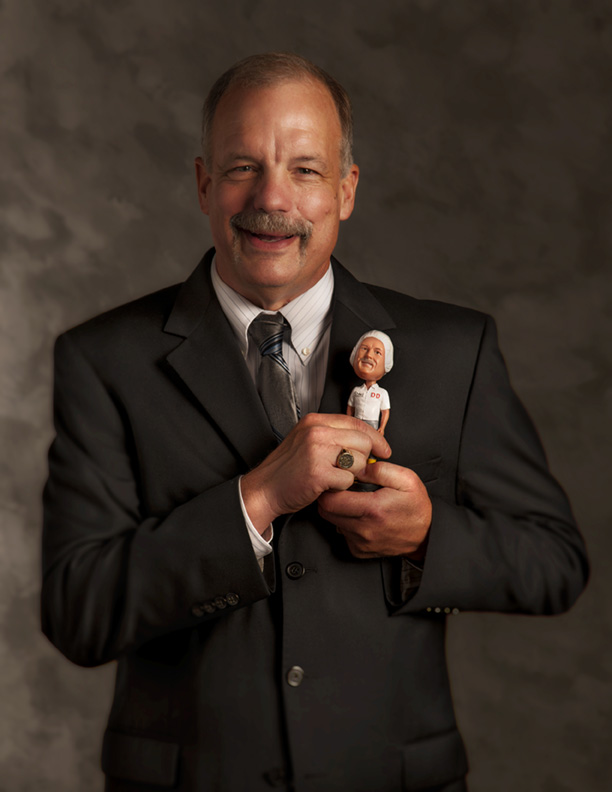 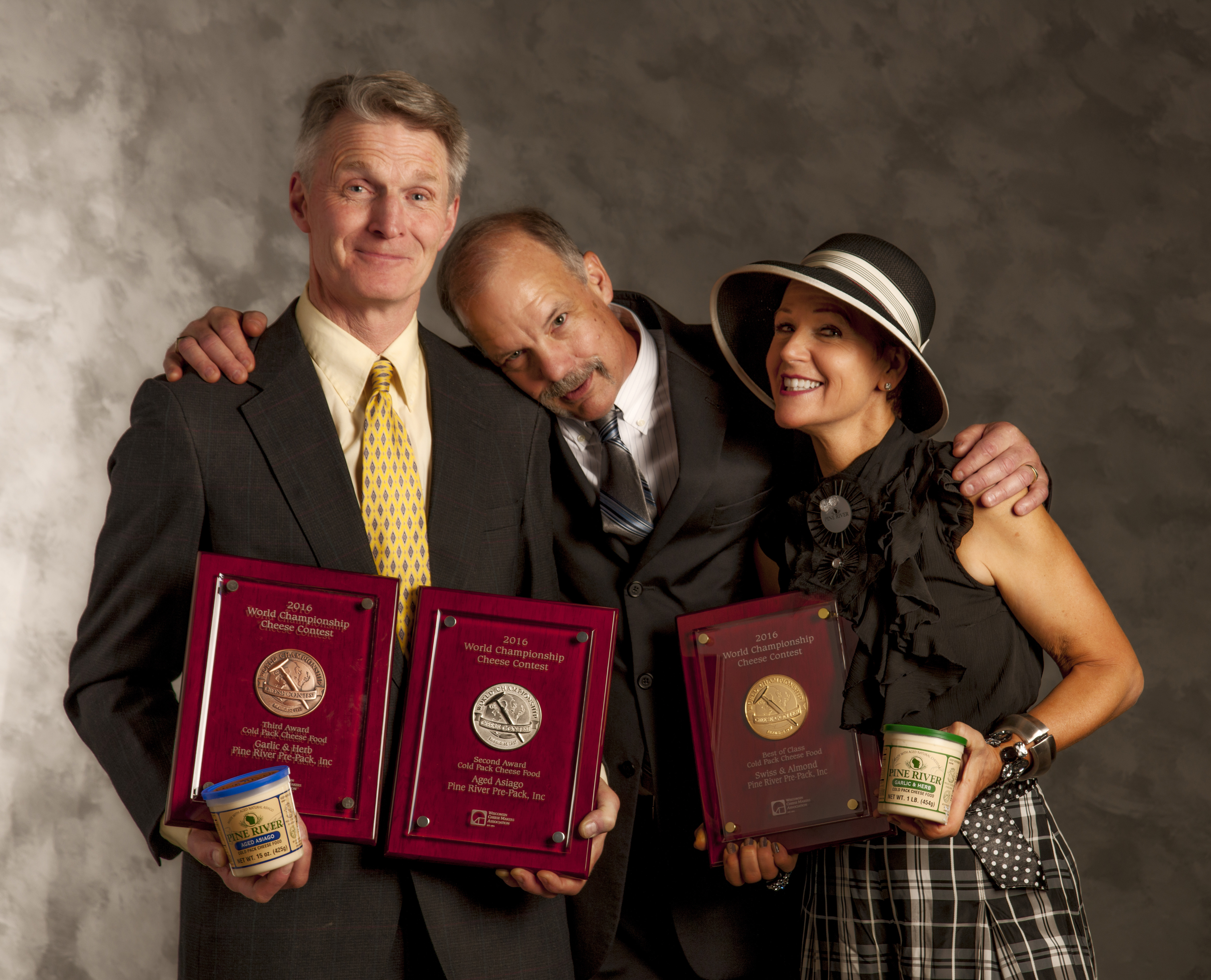 All in all, it was a fun time, met many very interesting people from all over the world and in the end made about 320 individual portraits & groups including the Wisconsin Masters that night!